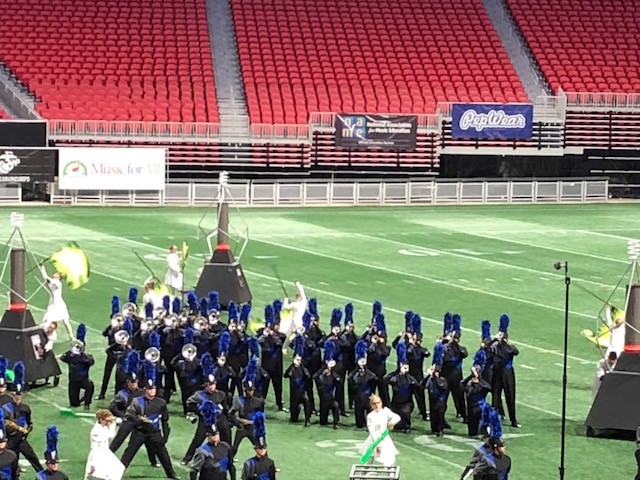 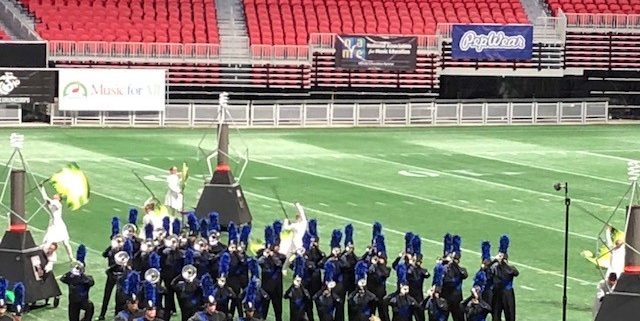 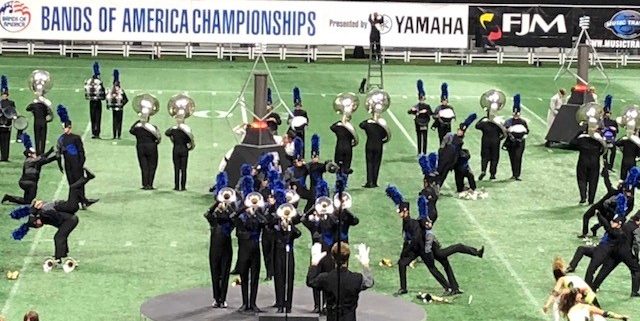 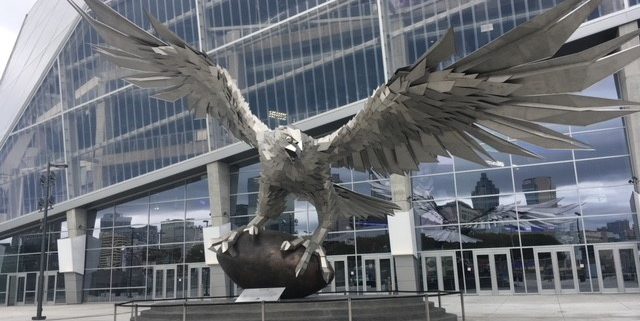 The Rebel Regiment performed its 2017 program, “Lightning In A Bottle”, featuring selections from Bach’s Toccata and Fugue, Mozart’s 25th Symphony, Sia’s “Chandelier” and “The Electro Suite” by Hans Zimmer, to an enthusiastic crowd in both preliminary and finals performances.  James F. Byrnes placed fifth in its class in preliminary performance and eighth overall in finals performance with a finals score of 85.150.

The Rebel Regiment would like to express its appreciation to Music For All/Bands of America for hosting the Atlanta competition.  It would also like to congratulate all the bands who competed, including fellow South Carolina bands from Ft. Mill and Wando high schools.

The South Carolina Band Director’s Association’s Class 5A State Championship Competition will be the Rebel Regiment’s next performance.  The band will perform at 3:45 p.m. at Irmo High School in Irmo, South Carolina.  Please come out to support your 2017 Rebel Regiment!