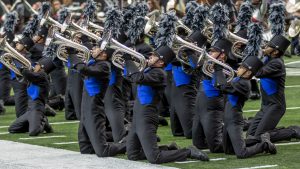 Preliminary performances began at 7:15am on Saturday morning and concluded at 4:45pm.

A total of 35 bands performed during the preliminary competition. There were 9 states represented at the competition. After all competing bands performed, the Georgia State University marching “Panther Band” performed their show, “Dome” in exhibition for the spectators and participating bands. The preliminary awards began shortly after 5:00pm with Drum majors and band captains from all 35 bands lined up on the field, anxiously awaiting the results from the preliminary competition. The James F. Byrnes Rebel Regiment was one of only 12 bands that were selected for finals. The 12 finalist bands were assigned a performance time for that evening. After a quick rest, the Rebel Regiment began their preparations for their 9:00pm finals performance. Final performances concluded at 10:30pm and were followed by a stunning performance by The United States Marine Drum & Bugle Corps–“The Commandant’s Own.” Final awards began at 11:00pm. The Rebel Regiment was honored to accept 8th place at the Super Regional! 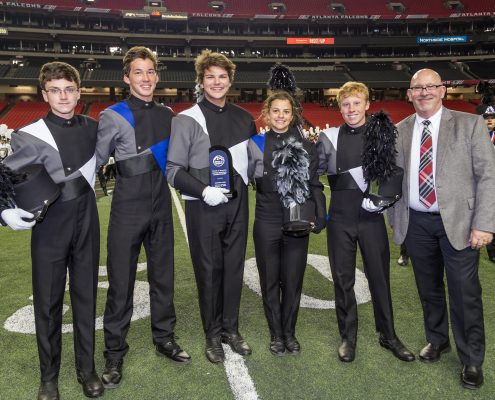 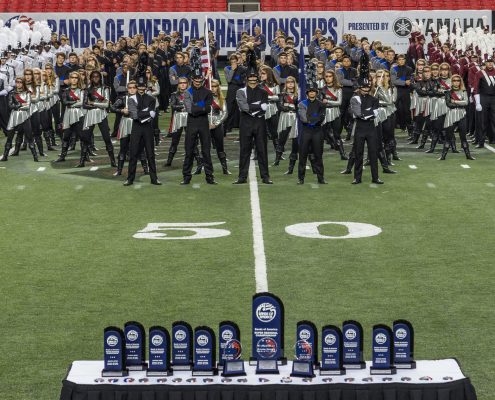 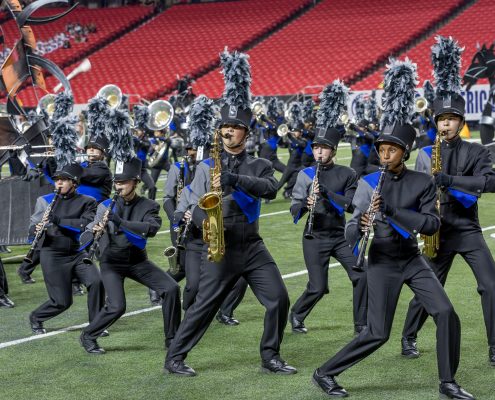 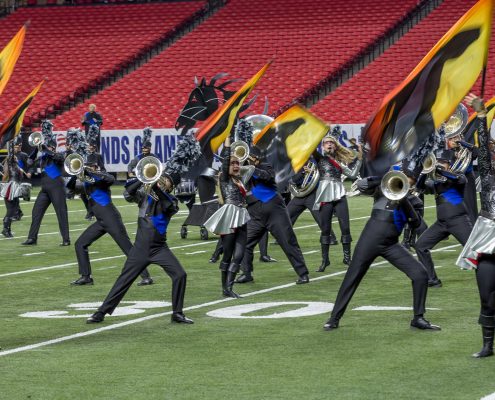 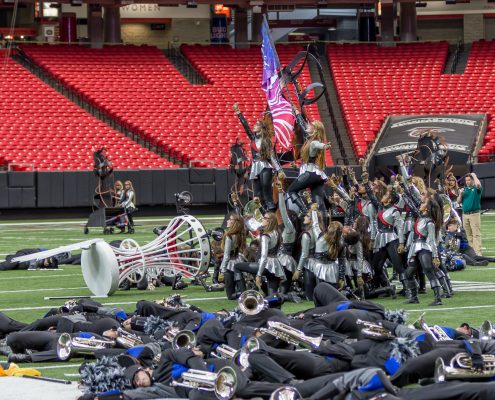 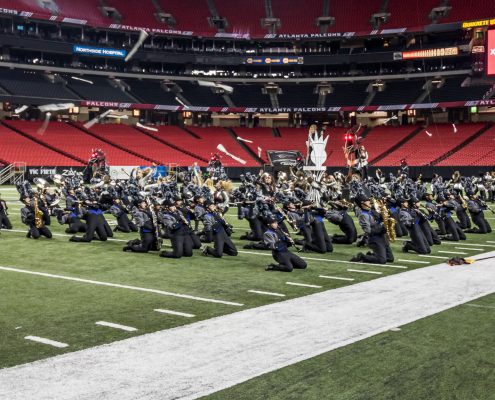 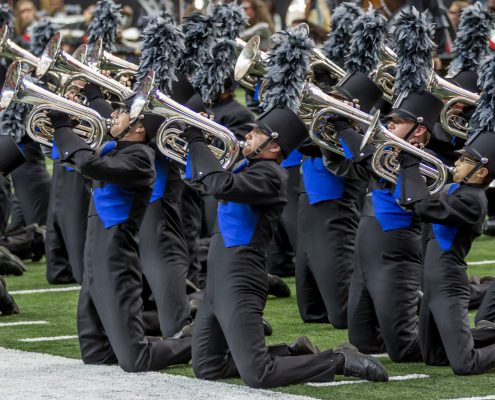