WELCOME BACK MR. JARROD MABREY TO DISTRICT FIVE
We are pleased to announce Jarrod Mabrey as our newest band director in District Five. He will serve as one of the Associate Band Directors at James F. Byrnes High School along side Bryan Bone and Tom Padgett.  Jarrod is an alumni of James F. Byrnes and has done outstanding work building up the Fairforest Middle School Band Program the last few years. He has a wealth or experience and will no doubt be a big contributor to the future success of our band program. Welcome to District Five Mr. Mabrey!
Mr. Mabrey’s Bio 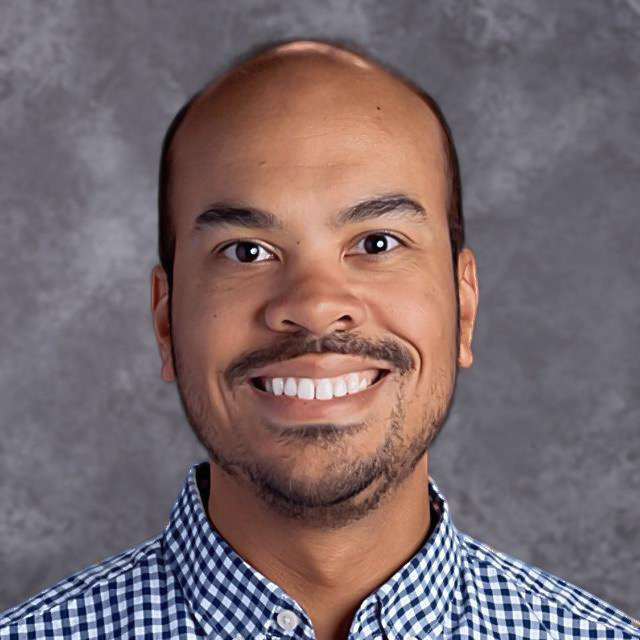 Jarrod Mabrey is currently in his eighth year of teaching in Spartanburg School District Six where he is the Director of Bands at Fairforest Middle School and the current 2020-2021 Teacher of the Year. He is a 2012 graduate of The University of South Carolina where he received a Bachelor’s Degree in Music Education and has a Master’s Degree in Education with emphasis in Learning & Instruction from The University of South Carolina Upstate. As an undergraduate, Mr. Mabrey was principal clarinet in the University’s Wind Ensemble under the direction of Dr. Scott Weiss and recorded a Leonard Bernstein CD under the NAXOS Classical Music Label as the E-flat clarinetist for the ensemble. He was a member of the clarinet studio where he studied with Joe Eller.

During his time at Fairforest, the program experienced much growth and success with creating a positive culture and a student-centered band program while establishing a tradition of excellence and professionalism. His bands have received consistent Superior with Distinction ratings at SCBDA Concert Performance Assessments along with individuals that have been selected into Region Honor Bands, the South Carolina All-State Band, and local and regional band clinics. Fairforest bands have performed in various venues in cities across the southeast that include Charlotte, N.C., Atlanta, G.A. and Myrtle Beach, S.C.

Outside of his teaching at school, Mr. Mabrey has a successful private lesson studio of woodwind students where all have been selected to SC Region and All-State bands. In addition to his many teaching responsibilities, he is a judge and clinician for various band events and continues to perform in ensembles in the area such as the Poinsett Wind Symphony, Converse College’s Wind Ensemble and the Foothills Saxophone Quartet. He has performed in Carnegie Hall in New York City as well as the John F. Kennedy Center for the Performing Arts with the National Symphony Orchestra in Washington, D.C. He is a member of the SCBDA, NAfME and Phi Mu Alpha Sinfonia.

Mr. Mabrey currently lives in Duncan and when not teaching or performing, enjoys filling his time with friends, traveling, and trying out new recipes in the kitchen.