We are pleased to announce two new directors. Tom Padgett and Jonathan Valentine will be serving as Associate Directors at James F. Byrnes High School starting this year. Both are extremely talented and will bring great expertise to our program. We welcome them with open arms and look forward to them being a part of our band family! 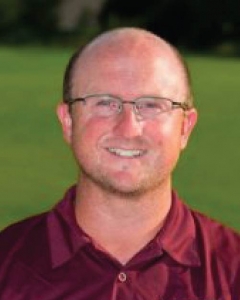 Tom Padgett will be serving as Associate Director of Bands at James F. Byrnes High School. He has been the Director of Bands at White Knoll High School since August of 2016. Under his tenure the marching, concert, and indoor programs have received state and regional recognition and have received numerous superior ratings.
White Knoll has been the silver medalist in division 4A at the SCBDA Marching Band Championships the past two consecutive years.
Previous to serving at White Knoll, Mr. Padgett was the Assistant Director of Bands at Dobyns-Bennett High School from 2013-2016. He was instrumental in developing the marching, movement and visual aspects of the program. Mr. Padgett has also served as the Director of Bands at Tennessee High School in Bristol, TN prior to his time at Dobyns-Bennett High School from 2010 – 2013.
Mr. Padgett holds his undergraduate degree in Music Education from the University of Virginia’s College at Wise – c/o 2009 and his Masters Degree in Educational Leadership and Policy Analysis from East Tennessee State University – c/o 2015. Tom’s principal instrument is trumpet and he has studied with Dr. Donald Sorah (UVA-Wise), Dr. David Champouillon (ETSU), and Dr. William L. Jones (Appalachian State University). Mr. Padgett actively performs with the Palmetto Concert Band based in Columbia, South Carolina. Prior to becoming a band director, Mr. Padgett was on the colorguard staff for the 2009 Glassmen Drum and Bugle Corps from Toledo Ohio and the 2010 Phantom Regiment from Rockford, Illinois.
Mr. Padgett is an active member in the SCBDA serving on the Executive Board as the Winter Ensemble Chair. Mr. Padgett is also on the advisory board for the Carolina Winter Ensemble Association (CWEA). Tom’s professional affiliations include the South Carolina Band Directors Association, South Carolina Music Educators Association, the National Association for Music Education, a Conn-Selmer VIP, and the National Band Association. We are thrilled that he will be a part of the James F. Byrnes Team! 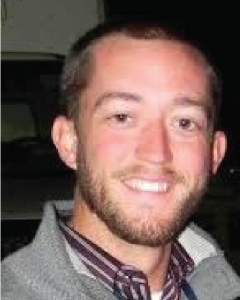 Jonathan Valentine will be serving as an Associate Director of Bands at James F. Byrnes High School. Mr. Valentine holds an undergraduate degree from the University of South Carolina School of Music where he studied Music Education and Saxophone Performance with Clifford Leaman. He earned his Masters of Music Education degree from the University of Florida School of Music. Prior to his appointment at Byrnes, he was an Assistant Director at TL Hanna, the Director of Bands at Berry Shoals Intermediate school a middle school and an Assistant Director at James F. Byrnes High School.
Under his leadership, the Berry Shoals 5 th and 6 th Grade Bands were a consistent winner of the Outstanding Performance Award, a featured performer at the 2014 SCMEA Conference, and a 2019 Division III high scorer at the National Adjudicator Invitational held in the Atlanta Symphony Hall. The James F. Byrnes High School Rebel Regiment rose to become a Bands of America National Semi-finalist and won two 5A State Championships during his time assisting them.
Mr. Valentine is a Co-Brass Caption Head of the World Class Drum Corps International participant Music City Drum and Bugle Corps who is rising among the ranks to become one of the top 25 drum corps in the world. He has been a member of the MCDC staff since 2015. Mr. Valentine is an active clinician for middle school and high school groups in the marching and concert band mediums. We could not be more excited to have him back with us in Spartanburg School District Five once again!

James F. Byrnes High School serves a diverse population of over 2000 students.  Our band students are very engaged in the school, often rank high academically, and many grow to be strong leaders.

Next Event starts in

Featured Products – Get the Gear!